The highlight in the tech world comes in September each year when Apple unveils its latest offerings. But hot on the heels of any Apple update is an assortment of third-party developments. So, what were the first offerings that 15 September 2020 brought of the tech world?

A quick overview of the Apple announcement

Apple products have been covered by hundreds, if not thousands, of tech journalists, so we’ll keep it pretty brief here.

The new iPad Air has been upgraded with the A14 Bionic processor chip, a new 12MP rear camera, and a larger 10.9” screen. The Air comes in a range of colors (if you don’t instantly put your device in a case).

However, the big news is that the iPad Air is a massive step towards Apple’s goal of becoming carbon neutral by 2030. The main logic board uses 100% recycled tin for solder. The speakers use magnets with 100% recycled rare earth elements, and the enclosure is also 100% recycled aluminum. Known for its abundance of packaging, Apple now uses wood fiber packaging from sustainable sources if not recycled.

Meanwhile, the entry-level 8th Gen iPad gets a power boost with the A12 Bionic chip. The Neural Engine is a boon for those developing machine learning and AR apps, so you can expect to see some really amazing developments released over the next 12 months.

The mobile OS 14, which started rolling out to iDevices on 16 September 2020, has a range of new features.  One of the most significant upgrades seems to be substantially better interaction with the Apple Pencil®. While that may seem like a minor detail for those that don’t use the pencil, the follow-on improvements from app developers will be something to look out for. If you can make a phone call from a handwritten phone number, imagine what your in-game experience could be like.

They’ve also improved layout designs of standard apps like FaceTime and Siri and significantly enhanced their search function. And you’ll find new sidebars for apps that are supposed to make them more user friendly.

The Apple Watch seems to have struggled a big to gain the same popularity as other iDevices. Apple shouldn’t really be surprised. They spent years convincing people that the iPhone would replace anything – including the need to have a timepiece on your wrist.

The major development is “Family Setup,” meaning that other members can have the full functionality of an Apple Watch without needing to have their own iPhone. Kids can have access to specific contacts and apps as allowed by the guardian account.

Not just for children, WatchOS 7 has also been optimized for older family members, with a range of health and safety tools. 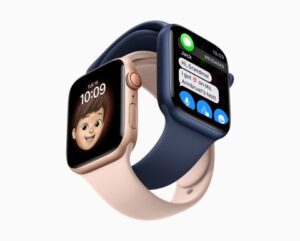 The first big news isn’t a physical product but an App. LumiHealth is a partnership product between the government of Singapore and Apple. Currently aimed at Singaporeans and residents of Singapore, it is a two-year program designed to improve the health and well being of those who sign up.

It has a range of opt-in features and assures users that privacy is of the highest order. But the information from LumiHealth is also planned to be used to further research into behavioral changes that technology can assist with to create healthier lifestyles.

Why Another Health App?

The partnership is an example of why Singapore has one of the world’s leading healthcare systems. The LumiHealth initiative has been two years in the making. It has the primary purpose of helping Singaporeans to have healthier, happier lifestyles.

LumiHealth is only available through the Apple Watch. The new features from the latest version, such as measuring oxygen saturation, should see some exciting results.

The app is currently on pre-order, with the first availability expected end of October 2020.

The first product to get out of the gate on the heels of the Apple release is from Gadget Guard. Their “Black Ice Flex+” is mainly designed for the new Apple Watch. Gadget Guard is promoting the Black Ice products as “unbreakable.” For anyone who’s ever had the heart-stopping moment of dropping their iDevice and hearing that unmistakable crack, this is a big call.

Gadget Guard says that their screens are easy to install, and better yet, repel smudges. All without decreasing screen sensitivity. They’re not a new product, but being the first market mover to ensure they’re shipping protectors in the newly redesigned and resized iDevices is a great move.

Have you embraced Apple Arcade? Or avoided it because of the awkward gaming experience? Razer™ has jumped on the Apple release to launch the “Razer Kishi Universal Gaming Controller for iPhone.”

While this is obviously a niche market, do not underestimate the influence the gaming market has on technology development. Or the money that the gaming industry generates.

Razer won two “Best of CES” awards in the industry-leading innovation event in January. So while this is the very first offering for Apple products, the company is experienced in creating user-focused technology in the gaming world.

What does the Kishi for iPhone do? 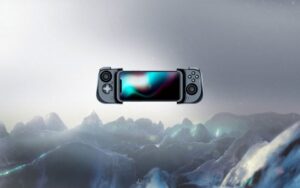 At the simplest level, users plug their iPhone into a handheld controller and get an instantly improved gaming experience. The Kishi has analog thumbsticks (clickable), which will be familiar to anyone who has used a PlayStation console. The 8-way D-pad is complimented with an array of face and multi-function buttons.

The Kishi for iPhone has MFi (Made for iPhone) certification. This means that you will be able to buy from the Apple store and Apple online Razer.com/gaming-controllers/razer-kishi.

While no one ever really knows what Apple’s next big move will be. It seems that Razer is betting on Apple’s online gaming experience to grow exponentially over the next few years. They are also making quiet suggestions that the Kishi will enable Apple users to compete with users on other platforms.