Despite the amount of criticism and attack that e-commerce powerhouse, Amazon, has come under in the past years, the organization has continued to go to the aid of those who are in need.

Due to their dedication to doing more for people, Amazon announced that they would be donating $10 million to organizations that are committed to bringing social justice and improving the lives of Black and African Americans.

Chosen with the assistance of Amazon’s Black Employee Network (BEN), recipients of the donation would include groups that fight against racism through the legal system.

The organizations would also be those that are committed to providing and growing economic and educational opportunities that would aid those in Black communities.

The donation, which was made to support and protect the e-commerce’s African-American employees, partners, and customers, would benefit organizations such as the ACLU Foundation, Black Lives Matter, Equal Justice Initiative, Brennan Center for Justice, and the NAACP.

Other outfits that would benefit from Amazon’s donation include the National Museum of African American History and Culture, the National Bar Association, the Thurgood Marshall College Fund, the National Urban League, UNCF (United Negro College Fund), and Year Up.

In addition to the donation, BEN would also be the recipient of a grant that would fund local organizations that assist education and racial equality initiatives in US communities where Amazon employees live and work.

Before supporting the Black Lives Matter movement, it was reported that Amazon was one of the major players when it came to supporting for people during the novel coronavirus pandemic.

Teaming up with Gourmondo, which is a food-delivery company, Amazon distributed 73,000 meals to the elderly and medically vulnerable residents who stayed within the Seattle area.

The e-commerce outfit also joined forces with U.K’s Royal Mail to share coronavirus test kits to frontline workers as they increased the volume for grocery delivery and pickup through their Fresh and Whole Foods Market.

Amazon came to the rescue of those within Seattle when it donated over 250,000 necessary items to patients who were either in quarantine or recovering from the virus.

The company went as far as hiring 100,000 workers and even found jobs for out-of-work Lyft drivers. 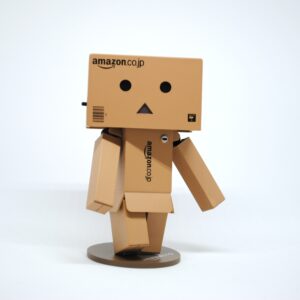 It was also reported that the e-commerce giant increased its employees’ pay by adding an extra $2 per hour throughout April as they vowed to continue paying Amazon employees – who have either been placed into quarantine or diagnosed with COVID-19 – for up to two weeks.

Employee safety was also assured as there was an alleged commitment to carrying out temperature checks, face masks, and ensuring a greater safety monitoring of its workforce.

For its consumers, Amazon offered more access to free SiriusXM channels on Alexa-enabled devices till May 15 and donated tablet devices and music streaming options to Musicians On Call, that would provide tunes to hospital patients.

A 12-hour charity event, which was dedicated to providing COVID-19 relief, was live-streamed on Twitch.